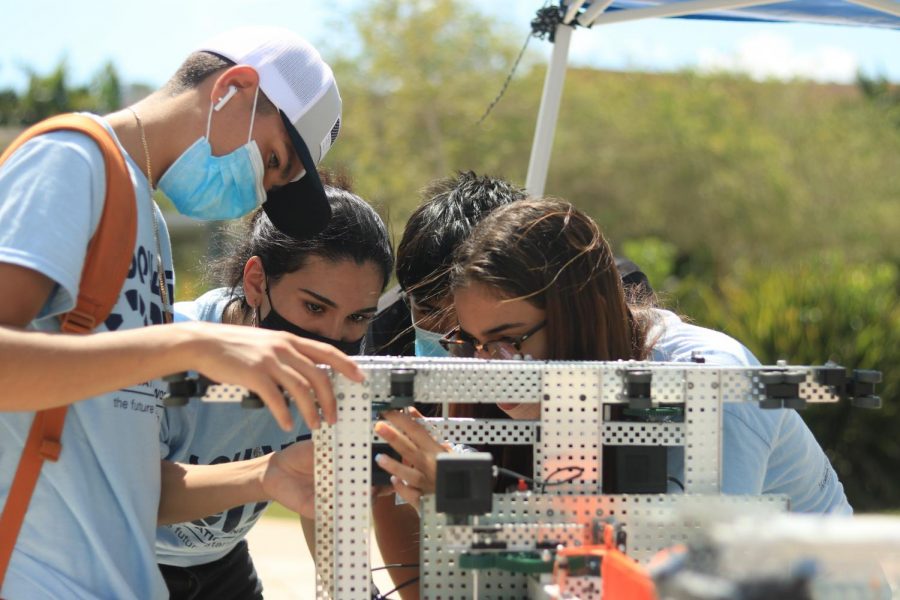 Every Friday, students are encouraged to participate in the planned activities during lunches that showcase the variety of amazing programs at South Dade. During today’s Friday Fun Day showcase, the robotics students were given their time to shine. Students of all experience levels have been working on their projects for months, perfecting their robots. Each project was different, some using drone components and even a self-driving toy car. One robot had a launching component, and it was used to catapult candy at the spectating students.

Working on the robots can take anywhere from a few days to a year. “Our robot was built and programmed within a few days” said Joseph Porco about the motorized robot he and his friend Andres Juan-Ramos built. “The Tank probably took the longest to build and program” Porco added. The Tank had a 3D printed cup attached to a launching component that was used to launch candy. “We aren’t too sure about the candy launcher, but if it does work it would be awesome.” said Vynicio Richarte.

Unfortunately, some challenges arose with the weather. “We planned on flying the drones, but it is just too windy.” said Keyra Gonzalez. She has been practicing flying her drone through an obstacle course, which includes a hoop, launch pad, and landing pad. There were multiple drones planned to be featured in the showcase, but all but one were too small and light to fly against the wind. “One of our drones, can fly up to 400 feet in the air. It takes awesome aerial shots.” Gonzalez said. “We plan on doing some competitive drone racing next year. We will have to program them to fly all on their own, like our car.” 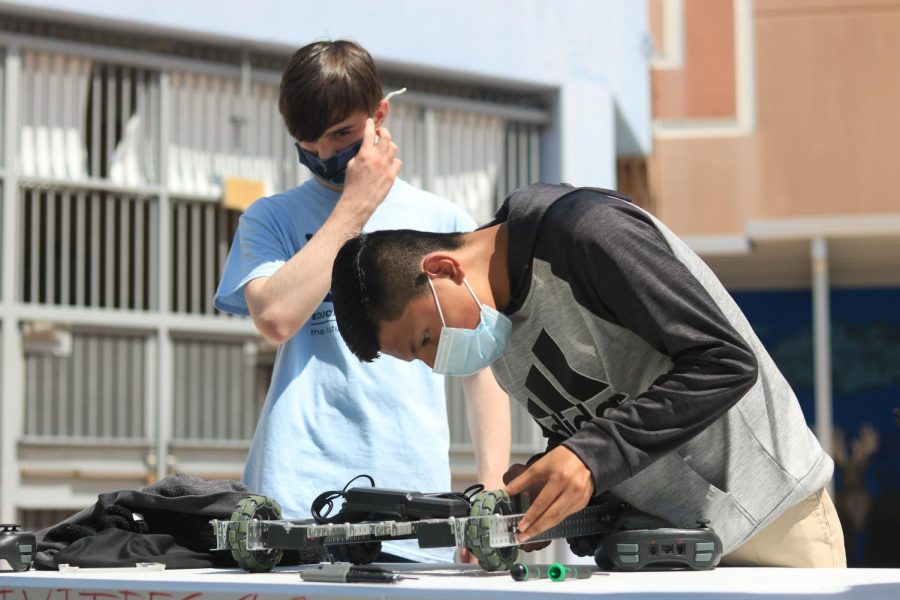 The Current • Copyright 2021 • FLEX WordPress Theme by SNO • Log in